Register Now
SANGAM is the annual global music festival of Shankar Mahadevan Academy.
It brings our diverse community of students, teachers, affiliate partners and staff from around the world
to celebrate our mission - the Joy of Music!
It gives our students an opportunity to perform in front of their teachers and the maestro, Shankar Mahadevan.
It sets a platform to watch senior artistes perform, to interact and share knowledge, and to have several moments of fun with music.
SANGAM - Guests of Honour 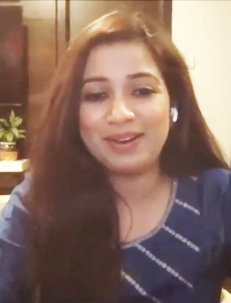 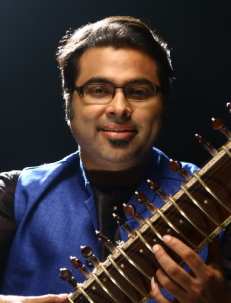 Purbayan Chatterjee is one of the topmost sitar maestros of the world. His gurus are his father Pt. Parthapratim Chatterjee, Ustad Ali Akbar Khan, he has received vocal training from Pt. Ajay Chakraborty and training in tabla from Pt. Arindo Chatterjee. He is a recipient of Indian President award, Aditya Vikram Birla award, Rotary International award and many other prestigious awards.
Purbayan combines the tone and richness of the Nikhil Banerjee style and a contemporary touch of his own urbane sensitivity. He has conceptualised Shastriya Syndicate - the first Indian Classical Band and has several classical and international albums to his credit. 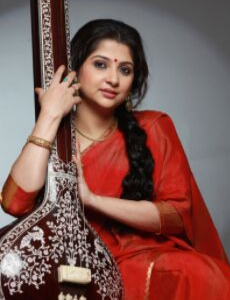 Vidushi Kaushiki Chakraborty is an Indian classical vocalist and the daughter of Pandit Ajoy Chakraborty and Chandana Chakraborty. Groomed at Sangeet Research Academy, Kaushiki belongs to the Patiala Gharana and her singing repertoire covers Khayals and Thumris. She has been the recipient of many national and international awards including the BBC World Music Award (2005),  Sangeet Natak Academy Award (2012), GIMA Awards (2012), Mirchi Music Award (2012) for "Best female vocalist" and "Album of the Year " and many more. She is known for her work in Kutti Puli (2013), Mirzya (2016) and Water (2005). She has performed at many national and international festivals and conferences. 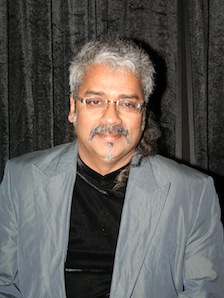 Padma Shri A.Hariharan is an Indian ghazal and playback singer who has sung for Malayalam, Tamil, Hindi, Kannada, Marathi, Bhojpuri and Telugu films and is one of the pioneers of Indian fusion music. He is a two-time National Award winner and in 2004 was conferred with the Padma Shri by the Government of India. The son of renowned Carnatic vocalists Shrimati Alamelu and Shri H.A.S. Mani, he inherited his parents' musical talents. Hariharan, associating with Lesle Lewis, formed Colonial Cousins, a two-member band. He has sung more than 500 Tamil songs and nearly 200 Hindi songs. 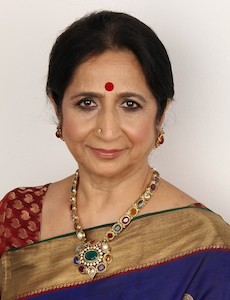 Padma Shri Aruna Sairam a renowned music ambassador of India, is one of the great classical music voices of India. After her initial learning from her mother, Rajalakshmi Sethuraman, Sangeetha Kalanidhi Aruna Sairam, at the age of ten, became a disciple of the legendary T. Brinda. Her repertoire covers ranging from classical to semi-classical to folk spanning 14 different languages. She was the first to introduce the Abhang, a folk music form, into a traditional Southern Indian Carnatic concert. She has been decorated with the Padma Shri, the Sangeet Natak Akademi Award, the ‘Kalaimamani’ and the ‘US Proclamation of Excellence’. In June 2015, Aruna was appointed Vice Chairperson of the prestigious Sangeet Natak Akademi.
Relive the SANGAM experience! Watch our past SANGAM videos